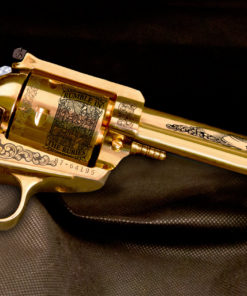 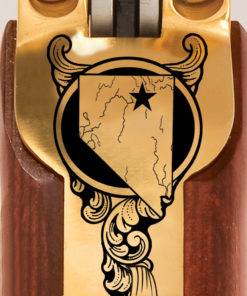 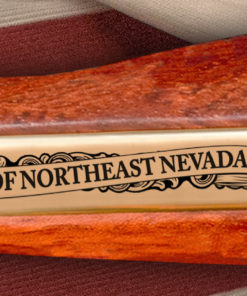 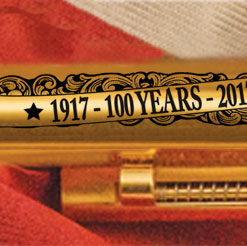 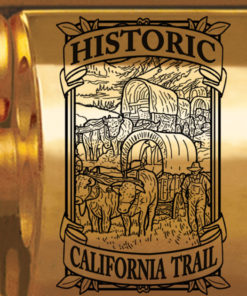 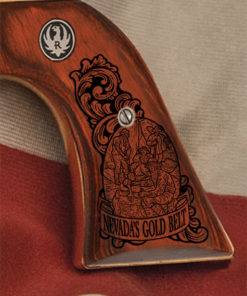 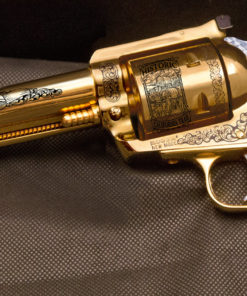 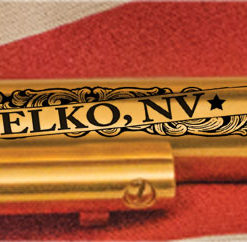 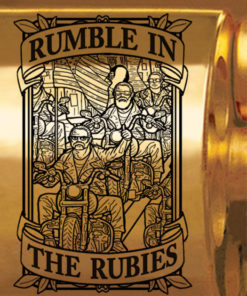 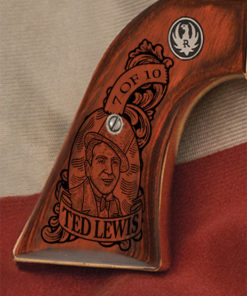 Starting as a ten town while the Central Pacific Railroad was being built, Elko is celebrating its 100th birthday in 2017! Best known for its ranching empire and serving as the last great American Cowtown, it is also well known for its casinos and gold mining industries. Wanting to celebrate its centennial anniversary, American Legacy Firearms was inspired to create the Elko 100th Anniversary Revolver!

To represent the values of Elko, we present the Elko 100th Anniversary Revolver on a fully-functional Ruger Super Blackhawk .44 Magnum. The artwork beautifully showcases certain people, industries, and events that have impacted Elko’s history. This 24 karat gold-plated revolver is the perfect example of great quality and craftsmanship. The engravings on the metal and wood are all hand drawn to fit the gun perfectly. American Legacy Firearms guarantees that each revolver is built to last and can be cherished time and time again. There will only be 10 numbered guns made in the edition! Call and order this once in a lifetime firearm today! 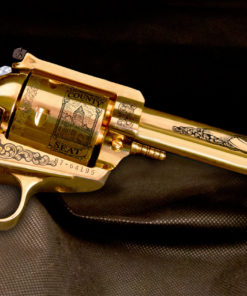 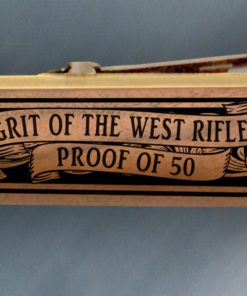 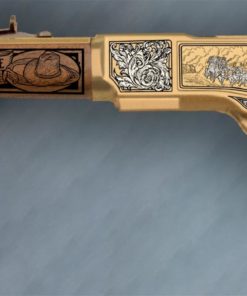 Grit of the West Rifle 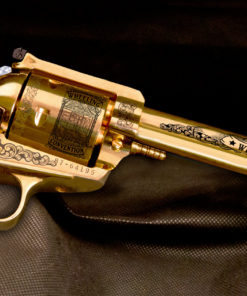 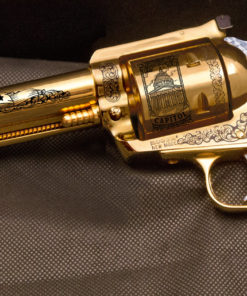 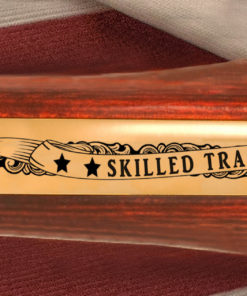 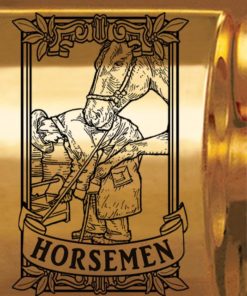 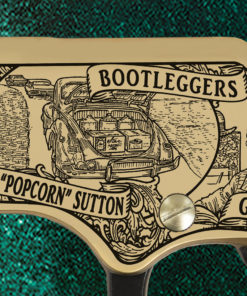 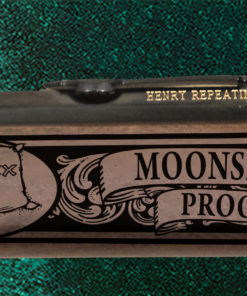 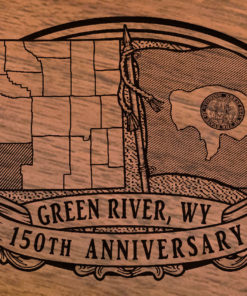 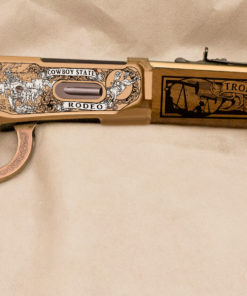 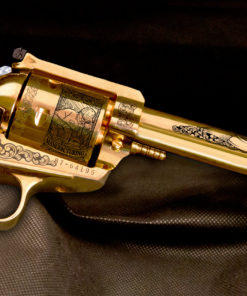 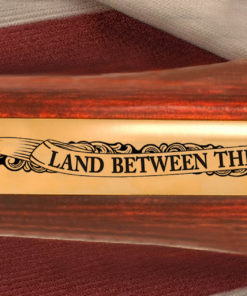